Bishop Curley Guidry was born in Rayne, Louisiana on January 18, 1912 to Ora Nixon and Alex Guidry. On that day, Ora sent for the midwife, Idella Guidry, who assisted in the delivery. Ora and Idella looked upon the curly hair, red complexion baby, full of life and with strong lungs as he screamed. Ora looked at Idella and said, “I think I will name your grandson, Curley, he has a head full of curls. At the age of ten Curley met Marian Crump, who became the love of his life and on March 3, 1932 they were joined together in holy matrimony in their hometown of Crowley, Louisiana. To this union was born five children, Shirley, Curley Mae, Myrtle, Curley Jr., and Alex, ten grandchildren and seven great grandchildren. At the passing of Mother Marian Guidry on January 2, 2010, she and Bishop had celebrated 77 years of marriage.

On Thanksgiving Day 1930, while attending a dance, the Lord began working on the young Curley Guidry and he found himself calling on the Lord in the middle of the dance floor. At that point he knew it was time for a change so he left the dance hall, threw away his cigars and his pistol, made his way to a little sanctified church and there surrendered his life and accepted Jesus as his savior. He was later filled with the Holy Ghost in 1935 under the pastoral leadership of Rev. H. W. Falls and Bishop E. M. Paige. This began a life filled with dedication and faithfulness to God and His people. As a young saint seeking more of the Lord, Brother Guidry decided to leave the Christ Sanctified Holiness Church and joined the Church of God in Christ (COGIC) where he became a faithful minister of the gospel and ordained elder among numerous other leadership positions in the Local, District, State and National Church. In 1953 while serving as a driver for Bishop C.H. Mason, founder of the Churches of God in Christ, he was told by Bishop Mason that he would be blessed, but to keep praying and stay with the Lord.

As a National Evangelist traveling throughout the U.S. and Haiti delivering the Word. God had given Elder Guidry a special calling of healing for the people. Through the power of God, many received their healing and were given great testimonies after being prayed for by Elder Guidry. His delivery of the word and gift of healing resulted in his being called by the late Bishop O.M. Kelly to preach at the 1962 Women’s Convention in Arizona. Soon after in 1963 he was called to New York where he stayed in Bishop Kelly’s home for six months preaching in New York. He preached for the late Bishop Howard Smith of Newark N.J. and then joined Wells Cathedral COGIC also in Newark, NJ, under the pastoral leadership of Elder Chandler Owens. He also met his long-time friend and Jurisdictional Leader, Bishop Esau Courtney Sr., who later appointed him as Pastor of Morning Star COGIC in Princeton NJ following the death of Elder D.C. Thomas. While living in Princeton, the late Mother Else Mason, (widow of Bishop CH Mason) who was visiting with the Guidry’s for a few days, told him that the Lord said it was time to move. During this period Elder Guidry had been appointed a second pastorate in Glassboro, NJ at Bryant’s Temple COGIC.

After several years of traveling between the two churches he heeded the advice of Mother Mason, he resigned as Pastor of Morning Star COGIC and moved to Glassboro devoting all of his energy and resources to Bryant’s Temple COGIC. When Elder Guidry first began pastoring at Bryant’s Temple COGIC in 1975, there were only thirteen members supporting the ministry but within the first 18 months a new church was built and subsequently paid off in 9 years. This great act of faith began a legacy which still continues to this day. 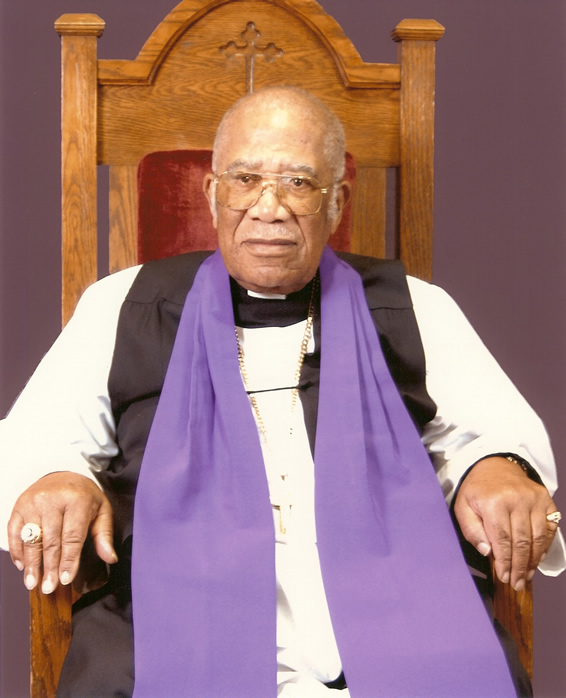 As time progressed Pastor Guidry reshaped the image of the ministry by changing the name of the church first to Greater Bryant’s Temple COGIC and later to Healing Wings Pentecostal Temple COGIC. Continuing to preach a message of faith, healing, and deliverance, Pastor Guidry and the members of Healing Wings acquired a parcel of ground not far from the original location, with the intention of someday building an even larger edifice that would be a testament to the reality of who God is and what He will do for those who believe they can have what they ask God for.

Elder Guidry always said, “God didn’t tell me to build, I asked him to let me build.” And build he did, not just a building but a legacy. During this process Elder Guidry was elevated to the office of Bishop at the age of 93, of the South Jersey Ecclesiastical Jurisdiction of the Church of God in Christ, which he founded; completed the building of our existing 100,000 sq. ft. facility at the age of 95; received an Honorary Doctorate of Divinity Degree at the age of 96; and on February 26, 2012 at the age of 100, Bishop Curley Guidry Sr. was escorted into the presence of God.